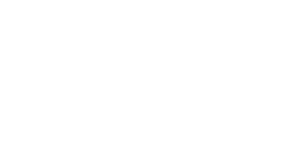 While unveiling the prototype, Musk claimed that it was the first time the robot was paraded without a wire, hinting that there was more to the display. In a Q&A session, Musk clarified that Tesla’s expertise in creating the drive units for electric cars makes it uniquely qualified to develop the AI and actuators needed for robots.

He further estimated that Optimus would ultimately cost “less than $20,000.” According to him, this would allow it to start building and testing capable robots in its facilities.

Initially, the stage’s back doors opened to reveal a disassembled Optimus, christened “Bumble C” by Tesla, who stepped forward and executed the “raising the roof” dance routine. Musk said that they did not want it to be dangerous, make too many moves on stage, or “fall flat on its face.”

The company then showed the audience a few recordings of the robot carrying out additional tasks like picking up boxes.

Musk told the audience that Tesla’s Optimus stands out from other “pretty fantastic humanoid robot displays” because he perceives it as incredibly powerful and fit for mass production in “millions” of units. Afterward, the Tesla team moved a non-walking prototype on stage.

The second Optimus prototype, which was “very near to production” had a different body compared to the first robot. However, it was not fully functional at the time of the exhibition. To display the wrist and hand motion, it was placed on a platform where it waved to the audience. According to Musk, the robot has actuators, a battery pack, and everything else but “was not quite ready to walk,” as the team wheeled it away.

He made it clear that the first robot on display was only six months old before discussing the challenges. Should they overcome these challenges, the product will move from a prototype to a working design in due time. Also, he stated that the Tesla team wants to finish the product’s construction and design “over the next few months… or years.”

The demos focused on the Optimus’ joints, including its hands, wrists, and knees. Also, they showed how data for each joint was processed before looking for similarities among designs to find a method that needed only six different actuators. According to engineers, the “Biologically Inspired Design” of the human-like hands will make them better suited for picking up things regardless of shape and size.

Whether it is holding a 20-point bag or having a “precise grip” on minuscule components, Optimus will able to flex its hands. It has a 2.3kWh battery, a Tesla SoC, Wi-Fi and LTE connectivity, among other features.

Tesla’s Autopilot software was transferred from its cars to the robot and modified to work in the new format and environment. Tesla motion captured humans performing actual chores such as lifting a box and then used Optimus to replicate the movements using inverse kinematics. The formality of these activities is reduced via “online motion adaptation,” which enables them to be modified to consider an unstructured environment.

Also, Musk said that the prototype will not resemble the glossy, black-and-white depiction first displayed at the event last year. He was enthusiastic, claiming that the robot is “the most important product development we are doing this year” which might eventually be “bigger than the automobile industry.”

Elon Musk stated that production could start as early as next year. Additionally, there will future additions including a “catgirl” version of Optimus.

Robotics experts have cautioned against placing too much stock in Musk’s promises, days before the event. They pointed out that other businesses are significantly more advanced in creating robots that can run, jump, and walk. But none claimed to be near displacing workers.

Who knows if a production-ready Tesla Bot will ever be released? Tesla’s past is replete with fantastical notions that never materialized, such as a solar-powered Supercharger network, battery swapping, and robotic snake-style chargers. But Musk’s unwavering determination has driven the business to where it is now. Furthermore, Musk boasts that Tesla is “the world’s biggest robotics firm” and will undoubtedly be supported by disclosing a prototype version of the robot.

How AI Is Changing the Way Marketers Collect and Analyze Data

Back To Top
Theme Mode